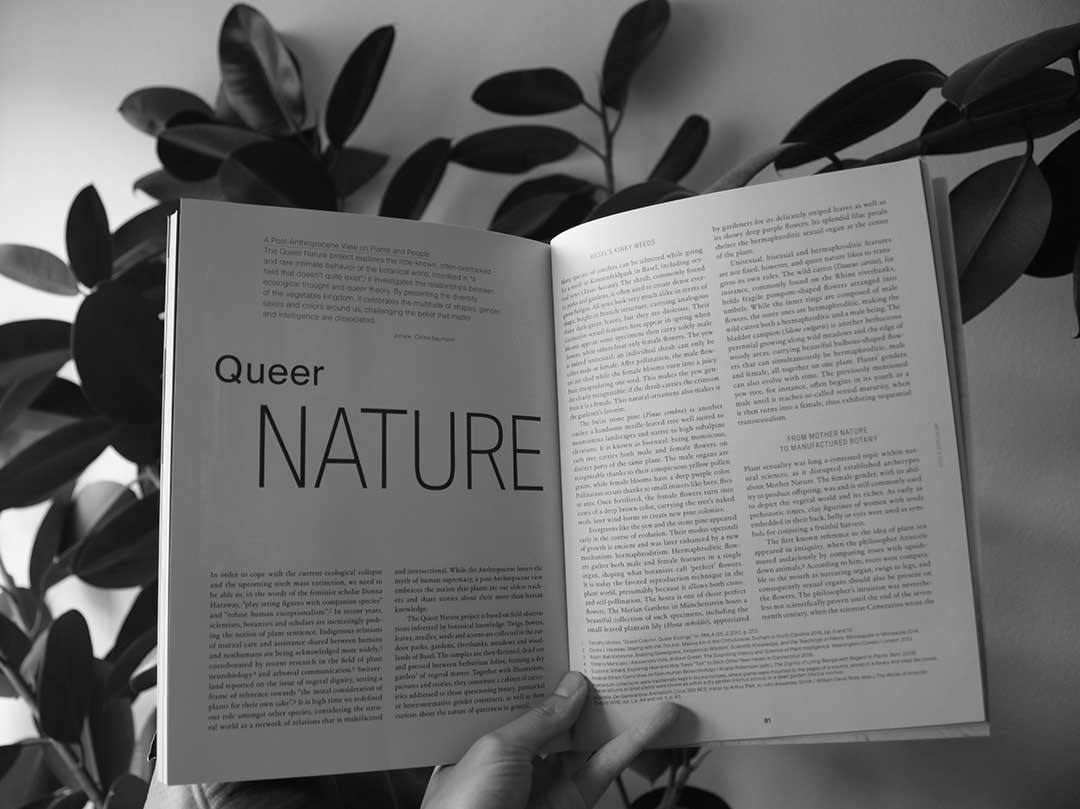 In order to cope with the current ecological collapse and the upcoming sixth mass extinction, we need to be able to, in the words of the feminist scholar Donna Haraway, “play string figures with companion species” and “refuse human exceptionalism”. In recent years, scientists, botanists and scholars are increasingly probing the notion of plant sentience. Indigenous relations of mutual care and assistance shared between humans and nonhumans are being acknowledged more widely, corroborated by recent research in the field of plant neurobiology and arboreal communication. Switzerland reported on the issue of vegetal dignity, setting a frame of reference towards “the moral consideration of plants for their own sake”. It is high time we redefined our role amongst other species, considering the natural world as a network of relations that is multifaceted and intersectional.

→ Order a copy of the archithese special issue on queerness